I wasn’t very old. 7, maybe 8. I had left my bicycle in the driveway. I can’t remember if I had been told to move it or never to park it there. I just remember being in the back seat of whatever car we were in and looking down the short driveway. We were on one end and it was on the other.
I can remember thinking to myself, I should move that.

But, before I could speak up, the car accelerated and didn’t stop until we had run over the bike. The handlebars punched a hole in the bottom of the car and my dad was pissed. My bike was mangled, and I was in a shitload of trouble.

This was the first incomplete message I ever remember receiving.

This was without a doubt a bad day in the history of Brian Taylor. But not for the reasons you may think. Yes, my bike was trashed. To a kid that young, your bike was a necessary component for existence. This was the mid 80’s after all. Yes, I got my ass kicked pretty hard for the damage it had done to the car even though I wasn’t driving the car when my dad decided to smash by bike on purpose. And yes my ears were ringing for hours after the high volume tongue lashing my mother gave me at point-blank range.

But none of those things were what made the day horrible. Sure they all sucked, but they paled in comparison to the true culprit of the bad day. The reason that day was so fucked up was because of the idea that was planted in my very young, impressionable, and still forming brain.

It is an idea that would stick with me throughout the rest of my life and one that haunts me even to this day.

It goes like this.
“you are worthless, and by proxy, everything that is important to you is worthless. your flaws are what make you worthless and you will be punished for your flaws.”

Some of you out there heard that statement and immediately said “that’s dumb. Nothing about that makes sense. How can anyone believe that?”

But, some of you heard that and felt a pain so deep in your soul that it makes you almost want to cry. You feel it because you know it. It’s a part of your programming too.

But this show isn’t about you. It’s not about me either.

Before we go any further I want to tell anyone listening, that this show is not a pity party. I am not here to cry, moan and groan about what was no doubt a dumb, violent, and emotionally destructive past. Nope. This show is about looking at the lessons I’ve learned and trying to find the rest of that message. Too often we are met with anger and frustration by people that are unable, unwilling, or just too damn dumb to communicate. This not only delivers a half-baked message to us, but it doesn’t give us all the information we need to process what we are experiencing. Thus, we receive an incomplete message and very little ability to solve the puzzle that is put into our hands.

Back to the Bike situation.

The human brain is a slow-developing organ. One that is constantly in a state of growth for most of our lives. In fact, it doesn’t even fully come online for the first seven or so years. And there is a retarded amount of studies out there that say that childhood trauma can affect our development in so many areas and even more that say childhood trauma is the cause of disease and dysfunction throughout the body.

The difficulty comes when this slowly developing, yet still powerful problem-solving machine is forced to digest information and situations that are way above its paygrade.

Let’s have a look at this particular situation, shall we?

I saw my bike there. He saw my bike there as well. It was without a doubt a conscious decision to run over the bike, even though he knew there was going to be damage to the car. But what he didn’t understand was the messaging that he was delivering.

In his mind, and I am sure in the minds of a few of you listening, the message he was delivering was “I make the rules, these are the consequences for not following the rules.” Had he taken the bike away, grounded me, given me a spanking, or punished me accordingly that would have been the message that was delivered. But, the actions that were taken in that moment and for the rest of that day assured me it was a much more nuanced message than that.

Here is what I saw, not what was processed, but what I saw. If you make a mistake, the angry man in charge of your safety will break your things on purpose and blame you for it. Since he is in charge and grown-up, he must know better. Therefore he is right, you are wrong. You failed.

To make matters worse, I saw that he received no perceivable consequences for his actions. To a child that small it is difficult to make heads or tails of that. So to add insult to injury, the message I received further morphed into “if anyone messes up around you, you pay the price”

Can you see the contrast? By not being able to properly express himself in a moment of agitation he acted without thought. By allowing his temperament to dictate his actions he failed to deliver the intended message, and instead, delivered a message that was problematic to my development, to say the least. Of course, this entire episode is based around this one interaction and does not take into account the thousands of other interactions like this I was forced to endure.

He delivered an incomplete message.

In my other podcast, hacking the codex, I talk about how we are a strange composition of internal and external stimuli, how we ingest it and process it is a large factor in who we are. But this podcast is about looking at messages and trying to decode them, even after they have been ingested and added to our Ethereal operating system.

So let’s take a look at the message I pulled from this situation and see if we can break that down, and maybe pull some kind of different meaning from it.

“you are worthless, and by proxy, everything that is important to you is worthless. your flaws are what make you worthless and you will be punished for your flaws.”

If we break this down into pieces, the first part of this message is, “you are worthless”. To be completely honest here, I fight with the first part of this message on a daily basis. For some reason, this portion of the message sank deeper into my codex than any other. It rooted its self in and wrapped its tentacles around almost everything else I have done for my entire life.

But there is a vital piece of information missing from this statement. It should read, “you are worthless to stupid people.”

Let me explain. The universe is a fantastic thing that we as humans will never fully understand even if we live to the end of time. Its complexities are on a level that our feeble brains are simply incapable of comprehending. However, there are a few things about the universe that really can’t be disputed to any measure of credibility.

Second, the universe wastes NOTHING.

Every single thing in the universe serves a purpose. You included. Logic would then dictate that you are worth something. But it’s the new addition to the statement that I would like to draw your attention to. The Stupid People part. Limited thinking generally gives way to emotional irrationality. Meaning, if someone does not have the ability to question their own thought process, they will generally lean on their emotions when they don’t like the truth. That kind of emotional response doesn’t allow for alternate ideas.

To a person like that, you are always wrong. You will always be wrong. They will move the goalposts, change the rules of the game, make sure they are the only ones with a voice, and fill the stadium with their fans in order to keep you from being right.

As a child, this is an impossible set of circumstances to deal with, but as an adult, we have the mental capacity to change the way we view these interactions. It is an incredibly simplistic yet mind-bogglingly powerful solution that will change your entire perspective on life.

Its delivery method, however, is important in order to ensure its message is properly communicated. I can’t quite remember if it was Albert Einstein or Isaac Newton that first said this, but It goes roughly like this.

You should look in the mirror and repeat this phrase at least once daily. “Don’t nobody give a fuck what they think. They should keep their opinions to them damn selves. You are a grown-ass person. You get to write the rules for how you view yourself. Fuck what everybody else thinks. Its time to cowboy the fuck up and change some shit.”

Now I understand that this is a bit of an abrasive way to handle things. But it serves 2 purposes. Number one, it delivers a crystal clear, complete message to yourself. Number two, it is delivered in a method that is probably outside of your normal speech and action patterns. It should have a little bit more of a kick than writing in your journal or posting inspirational quotes on Instagram and Facebook.

Now back to that incomplete message. The message that was not communicated in the entire exchange was simple. We make mistakes in life. It’s part of being human. It is part of the learning process. However we should not define ourselves by our mistakes, rather the lessons we learn from them. It is also important that we do not let the opinions and irrational behaviors of others define us.

But, this message carries more weight than most people know. If we look back at the situation with my bike in the driveway, there is more to be learned. This lesson is about judgment. My younger self would have never understood this perspective in a million years, but the adult me understands it all too well.

Sometimes we are not emotionally equipped to handle all the pressure that life places on us. We believe ourselves to be strong and intelligent even beyond the point where we actually are. The chemicals that course through our brains due to our emotional conditions are tricky, deceitful, and manipulative. They will cloud judgment and make normally insane actions seem justified. Our ability to gain control over ourselves in those situations can take a lifetime to master.

It wasn’t until the time of this writing that I looked at it from that perspective. My dad was a very young man when he became my dad. We were thrust into his life and he was still learning, compensating and adjusting at the time of the bicycle fiasco. There is really no telling the number of pressures that were sitting on his shoulders that day. In all probability, the bicycle was the straw that broke the camels back. That was also part of the incomplete message.

Remember that we are not perfect. We all need someone to see it from our perspective, even stupid people. Make sure that you stay true to yourself always, but don’t forget to search for the complete message. 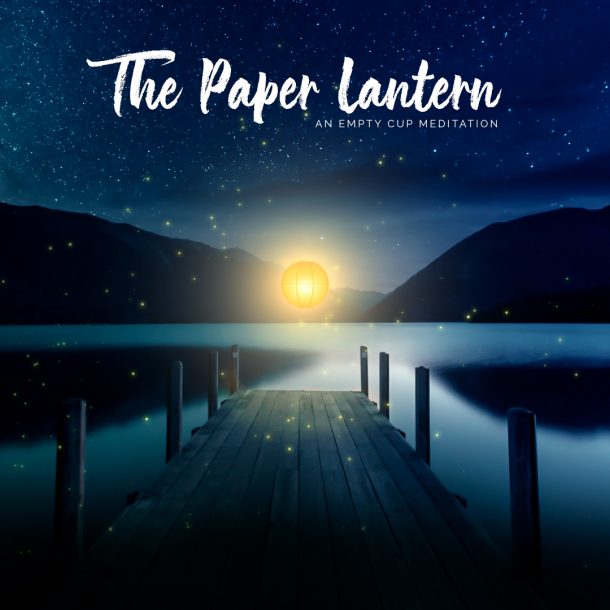 We will drop this puppy right in your inbox. Be sure to check your spam/promotions folder.

You have Successfully Subscribed!